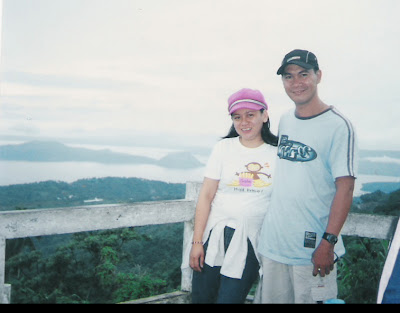 Mabel is my friend from the Sun Valley Music Ministry. We come quite a long way already and through the choir we've done numerous wedding performances. And, one of the greatest benefits of being in a choir? You don't need to hire a choir or wedding singer. Plus, you also get the benefit of free wedding coordinators and helpers. I remember Mabel and Jaja helping me out for one of the biggest weddings I've done.

Mabel and I used to rant a lot about our singleton existence. One day, she declared she will have a boyfriend before her xx birthday. Yes, she did! An old flame, Ricky was Mabel's first boyfriend. They've been separated for more than 7 years - as partners and physically. She never thought she'd see him again because she moved here in Manila a few years back and was but all gone from her radar.

Until, one day, they bumped into each other. Ahhh, so romantic indeed. It didn't take a long time for them to rekindle the old flame and after less than a year decided to tie the knot.

Is that destiny or is that destiny? True love, no matter how impossible the situation is, finds itself back to where it should be.

I'll be featuring Mabel's choices as it comes up. Oh, I will be, of course, a professional abay again.
Ipinaskil ni Aileen Apolo-de Jesus sa 6:09 PM