Notes for the Bride and Groom

Here's an idea for a wedding reception decoration/wedding stuff. Get a note from wedding guests by providing a small notepad where they  can write short messages for you, and station a jar beside it so they can drop their note in it.

I had a wedding wishing well during my wedding and I have since put all the notes in a scrapbook. Here's a wedding jar from my ninong's wedding - 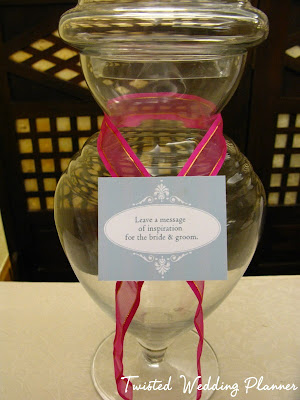 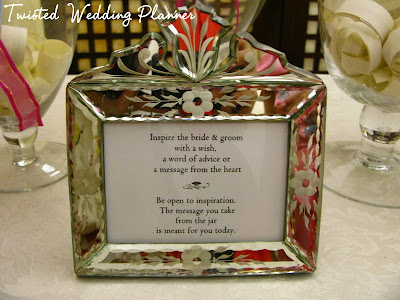 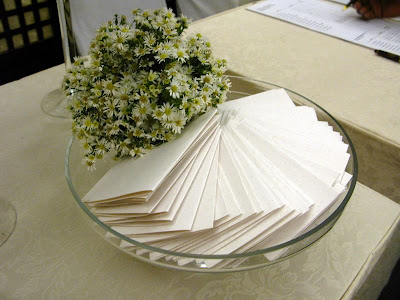 And the bride and groom can also leave inspirational messages for guests. Make sure though that the jar is big enough to put your hand in. 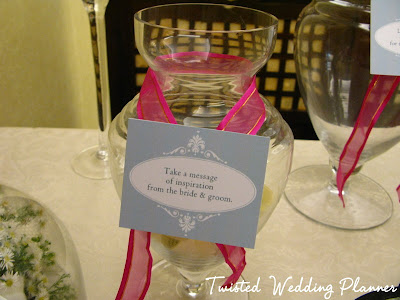 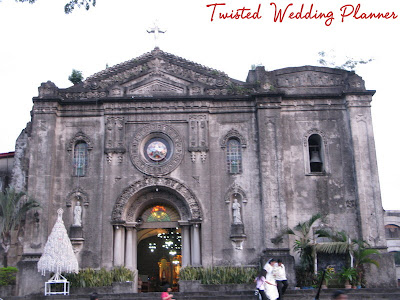 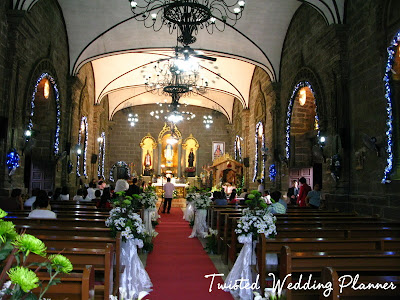 Last week we got the chance to attend our ninong's wedding at the Nuestra Senora de Gracia Church and I immediately took a liking to the church. The church is just actually 40 years old, but had the look and feel of stately Spanish churches. The altar was also very beautiful and I love how intimate the church was. It also had a lot of parking space.

Garter and Bouquet, an Alternative Game

When I was single I'd usually disappear to the restroom just before the host would call out "all single girls to the front please", but I was usually caught sneaking out and I'd end up in front joining the "bouquet toss". I abhorred it and I know a lot of single people hate it too. It's just really embarrassing.

I've seen alternatives to the game though. Some weddings lined up single girls and had them pick a flower and the one with the shortest or longest stem would be "it". Some weddings did musical chairs. Some did pass the ball and so on. Any way it was done it was still embarrassing.

Last week I finally sat out the game! Hooray! Sweetie and I were both relieved. The game though was started off oh-so-subtly. The newlyweds were called onstage to do their first dance and eventually other couples were called in. My feet were killing me, so Sweetie and didn't join.

Eventually the couples (married or not) were asked to line up. The men were blindfolded and the women were handed a plate of cake. The men had to find their partner and eat the cake. The women were allowed to call out to their partner to reach them. The losing couple got the garter and bouquet and subjected to a lip-locking contest against the newlyweds.

It was fun! It also relieved singletons the embarrassment of being partnered with someone they didn't know. Here's photos from the game: 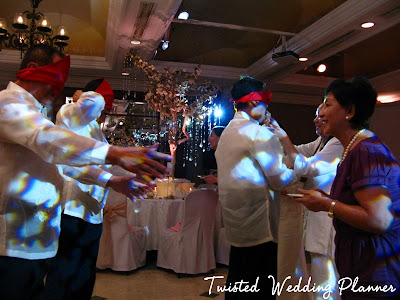 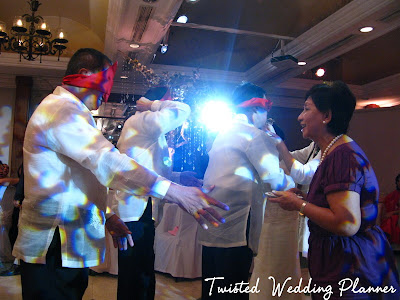 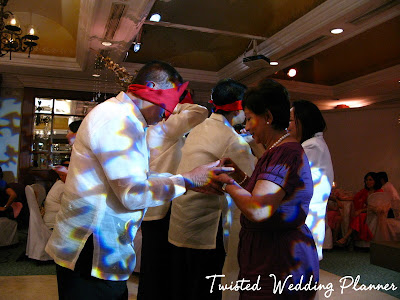 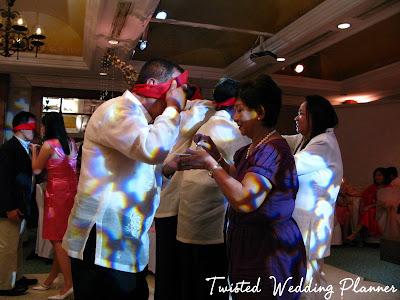 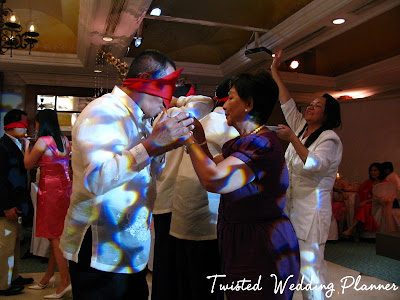 And guess who won the lip-lock contest? 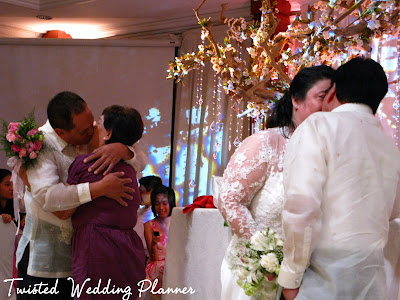